Changes in customer behaviour, increased customers affinity with technology, expanded use of on-line channels and rising competition from InsurTechs – these are all familiar drivers for the digitalisation of insurance sales. These drivers also hold a certain attraction for every insurer, since these themes are linked with terms such as modernization, customer orientation, growth, and optimisation potential.
This positive association is simply not there when it comes to another major driver, the regulatory framework. IDD, GDPR and LVRG (German Life Insurance Reform Act), to name but a few, are usually associated immediately with additional sales and administrative overheads, costs etc. and not without good reason.
We think that it is therefore expedient to identify and exploit any possible positive interactions between these drivers. First of all, it is important to discern roughly what is required by the regulatory framework and how a meaningful link can be established with the positive drivers.

A brief summary of the current regulatory framework

The regulations related to the advisory processes at first mainly affected intermediaries (EU Insurance Distribution Directive – IDD). Since then, more product-specific regulations (e.g. LVRG and PRIIPs Regulation) as well as those affecting all distribution channels, including sales departments (IDD) have been introduced in order to offer consumers greater protection. The existing European and national regulations are constantly being evaluated and amended to reflect changing market situations. The next change, amendment of the LVRG, is already on the horizon. And then there is the General Data Protection Regulation (GDPR), which will come into force in May 2018.

German lawmakers have made the required legislative changes at an early stage, meaning that the IDD has been applied on schedule since February 2018. As with its predecessor, the IMD Directive, accompanying regulations were not finalised in time though. It still applies to the German Obligation to Supply Information Regulation (VVG-InfoV). And this time, there is also the German Insurance Mediation Regulation (VersVermV) which was initially announced for the spring, but there now seem to be further delays. The current status on the progress of the VVG-InfoV is not generally known.

The European legislation is limited to four activities, which are mainly concerned with making changes to the advisory process in all distribution channels so that consumers are better protected. German consumer protection policy wants to go further with its implementation of the IDD and strengthen fee-based advice in particular. To this end, the pass-through requirement was newly included in the German Insurance Supervision Act (VAG). In the course of implementing the IDD, the requirements relating to status notifications for life insurance has been raised.

The regulatory requirements pose various challenges for insurers and their distributors. As a result, their implementation is not fully compliant with the law even now.

The causes can be traced back to these issues:

The next European legislation, the General Data Protection Regulation, comes into force as early as May. This is likely to also have a significant effect on insurance sales. If insurers struggle with the Regulation and its implementation, their distributors, both brokers and exclusive agents, are likely to be affected in the same way. At the most basic level, you need to review your handling of data storage/processing in the advisory and sales processes as well as look at the question of who is authorised to access data. In addition, you may need to develop a data protection management system. There may also be a considerable need for other functions, going well beyond administrative tasks.

Moreover, the Life Insurance Reform Act will also be reviewed this year. The threat of further headwinds for insurance sales has already been discussed in various press releases, with a further limitation of the LI payments can be generally expected.

When it comes to possible actions, a distinction should be made between the existing and known requirements (IDD) and any new (revised) regulatory requirements still outstanding.

The IDD – or rather its adoption by German law through amending the Insurance Contract Act (VVG), the Insurance Supervision Act and the Trade Regulation Act (Gewerbeordnung) – has actually been in force since 23 February 2018. As can be seen from the examples above, not all regulations have been implemented consistently. If there are uncertainties at all, you are best advised to carry out a fitness check and to test all or selected processes for regulatory compliance.

In the case of LVRG, insurers not only have to adapt their remuneration systems. They may also need to make further changes to their sales strategy to comply with the new regulatory framework. They may well consider alternative options to safeguard sales potential, such as exploiting new technological possibilities (Robo-Advisor) or administrative sales support (digital transformation).

What may sound like a contradiction is actually a prerequisite for insurers to implement upcoming changes in legislation as efficiently as possible. Sales processes can be adapted more easily if they have been standardised and digitised to the highest degree possible.

Live Webinar: Are you ready for the new IFRS17 Standard? 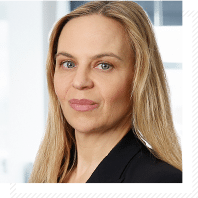