Skip to content
SAP S/4HANA: THE ANSWER TO TODAY’S CHALLENGES?

According to a current study conducted by the analyst house Crisp Research, only around 4% of German companies are currently using the in-memory database SAP HANA. Microsoft and Oracle have so far dominated the domestic memory market. However, the relative strengths of the IT giants are set to change in the coming years. With the end of mainstream maintenance for the core applications of Business Suite 7 in 2025, SAP is aligning its entire offering with S/4HANA. As the new S/4HANA Business Suite runs exclusively on SAP HANA, many companies are considering a change in database technology.

Running parallel to the changing parameters of technology suppliers, the demands on a company’s IT with regard to flexibility, agility and speed are also increasing with digital transformation. Many companies are already close to their limits today in terms of these criteria, especially when it comes to databases. But is the use of in-memory databases the answer to all the current challenges?

“Even if HANA is a modern database technology, the fundamental rule is that technologies in themselves are of no help”, explains Lars Erdmann, Partner at the business and IT consultants Q_PERIOR. “But technologies facilitate new solutions which in turn can generate benefits for companies and their customers.” According to Lars Erdmann’s assessment, it is crucial for decision-makers to focus on the operating added value of SAP HANA and the SAP S/4HANA solution based on it for their own company. And this is precisely where many companies are currently having difficulties. A study of companies with membership of the German-speaking SAP User Group (DSAG) confirms this suspicion. According to the results of the study, the majority of the IT managers and company representatives of DSAG member companies surveyed, have still not received any specific information from SAP on the business benefits or functionality of the new SAP offering. “For these reasons, a certain reticence can still be detected, above all in the German market”, explains Walter Kuhlmann who has supported numerous SAP projects at insurance companies for Q_PERIOR. “Nevertheless, companies ought to be already getting to grips with the new SAP solutions.” The new functions, in particular, promise high business benefits and may turn into a clear competitive advantage if companies take the lead as early adopters.

Taking a look at Switzerland

In Switzerland, S/4HANA is becoming an increasingly important subject. The majority of companies recognize the added value of S/4HANA and are therefore currently paying very close attention to this issue. Hasan Tekin, Managing Director of Q_PERIOR Switzerland, describes a similar picture: “Many companies are having difficulty in keeping pace in the digital world as the existing technology is not designed for digitalization. Many of our customers from various sectors such as insurance companies, banks, industry and the public sector have noticed that the solutions based around SAP S/4HANA and SAP HANA Cloud Platform support the change and play an important role in the simplification of structures and processes. Major Swiss companies are a little more open towards new solutions compared to the neighboring countries.
The management consultants themselves are currently conducting numerous projects in Switzerland within the S/4HANA environment.

Taking a look at Austria

The response to S/4HANA in Austria varies from sector to sector: numerous major industrial companies have already converted to the SAP HANA application platform. Many of these companies are therefore looking very carefully at converting to S/4HANA. A different picture emerges, however, in the financial sector. As Austrian banks tend to rely more on in-house developments on the IT side than on standard SAP solutions, the subject of S/4HANA is meeting with subdued interest. Austrian insurance companies are also still less than enthusiastic. The conversion to new GL, in other words the merging of leading and subsidiary ledgers, is tying up many resources in Austrian insurance companies at present. For that reason, a lot of decision-makers in this sector are adopting a watching brief initially. They are waiting to see the experiences of the “early adopters”, and are examining critically what benefit an extensive conversion to S/4HANA would bring their company.
It is to be expected that this reticence will recede in the coming years as S/4HANA evolves into a technological necessity and the benefit to businesses becomes clearer.

SAP S/4HANA as a business enabler

Most of the specialist functions contained in the SAP Business Suite which many companies are already familiar with, are retained in SAP S/4HANA. The new solution also offers numerous new options such as real-time simulations of business scenarios which provide a genuine business benefit for companies.

The S/4HANA Business Suite with all its features represents SAP’s answer to current developments such as big data or the internet of things. The focus is on the facility for processing ever larger volumes of data and making them usable. The foundation is provided by the high-performance in-memory database SAP HANA where all the data relevant to a company is stored centrally and made available in real time. That enables high performance to be achieved without any complex maintenance of interfaces with individual sub-systems. With S/4HANA, SAP has now also launched a newly designed ERP system which can be used both on premise and in the cloud. S/4HANA simplifies and accelerates reporting, costings but also analyses and simulations as data are accessed directly from the ERP system without any additional data transfer.

In the starting blocks for S/4HANA

While the new SAP solutions offer numerous benefits, conversion should not be hurried as the process is a complex one. Introducing the software alone will take some time. Many processes in the company will also require adaptation. That presupposes a lot of advance coordination with departments which have hitherto worked separately now working intensively together.

The benefit of S/4HANA and individual solutions such as S/4HANA Finance will be assessed differently depending on the company. “We therefore recommend that decision-makers seek a dialog with the departments concerned and together identify the business added value of the different solutions”, advises technology expert Lars Erdmann. Decision-makers can also benefit from an exchange of views with external partners in order to obtain an all-round picture. Based on their experience from other SAP HANA or S/4HANA projects, it will be easier to evaluate the pros and cons, as well as the complexity of any possible conversion.

Finance industry and SAP: Where are we headed in this era of the gig economy?

From zero to hero within three months: S/4HANA at allvisual 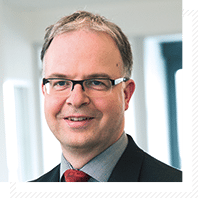 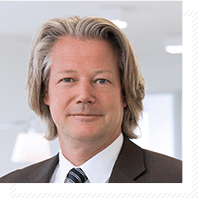