IT Resilience Assessment:
Reflecting IT Decisions made during the Corona Crisis

IT Resilience Assessment:
Reflecting IT Decisions made during the Corona Crisis

Evaluation of IT Decisions after the Crisis

During the first phase of the Corona crisis, IT managers had to implement far-reaching measures under high pressure to maintain business continuity. For example, server and network capacities were expanded, client computers rolled out, access to virtualization environments was extended, new IT tools were added and processes changed “on-the-fly”, and IT decision-making paths were shortened.

In the second phase, it is now necessary to validate the new initial situation as a result of the measures taken and to identify any resulting shortcomings in order to stabilize the new situation in IT. Furthermore, it must be evaluated where concrete potentials have arisen and how these can be integrated into an adapted Target Operating Model.

With our IT Resilience Assessment, we reflect together with you on the measures of the second phase and prepare the transition to the third phase in the IT fields of action relevant to you. In doing so, we derive which IT decisions should be sustainably transferred to the third crisis phase and adopted as part of the “New Normal.

Issues that the Crisis has brought into Focus

Is my supply network intact? How did the network perform? What capacities do I need in the future?

How has the financial situation of IT changed?

Does IT still meet all security and compliance requirements after the crisis is over?

How do I get a clear picture of where my greatest post-crisis potential lies?

How do I run the IT department after the first crisis phase?

How well can the IT staff deal with the current situation?

What measures must I take for a possible second pandemic wave?

Has the crisis created a breeding ground for new IT or business risks?

How can I, as the person for it, protect myself from the wrong decisions?

How can I optimize my Target Operating Model to be better prepared for future crisis events?

Our Solution supports You sustainably in three Phases

Different actions are needed depending on the phase of the crisis.

Our Approach enables a quick and substantial Result

Together with you, we analyze your Phase II in the areas of IT activity and identify both weaknesses and potential.

With our Q_PERIOR methods and competence diagnostics tools, we analyze the existing situation, risks and potentials. For this purpose, we conduct interviews with your IT team.

You will receive a report including an overview of risks, cost drivers and blockers, detailing action and option plans for remediation (infrastructure, technology, resources, service providers).

We will present the condensed steps to quickly and optimally close the identified gaps, and we will support you in mobilizing your teams and scope for action.

Advantages of our Product for Your Company

In a short time, we can show you transparently where the important levers in your IT fields of action are.

You get a quick overview of the status quo, risks, cost drivers and possible stabilization measures.

Based on the status quo, we support you in the validation and qualification of future-oriented decisions.

We competently accompany you during the implementation of the measures and confirmation of their effectiveness.

IT Resilience Assessment:
Preparing the IT Organization for Relaunch

We analyze key IT decisions that were specifically made in the first phase of the crisis. You will receive an evaluation of which changes should be transferred to the “New Normal”.

Download Information
Request Prices and Details
Back to the Solution Overview

Can we support You in the Challenges of this Crisis?

With Q_PERIOR you have a strong partner at your side.
We are looking forward to your challenge! 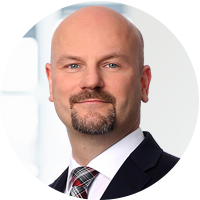 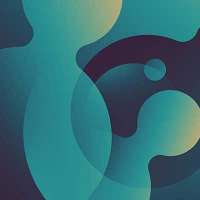 5 Questions on IT Resilience: Status quo and transition to “New Normal”

Read more about IT Resilience and what needs to be considered when transferring IT decisions to the “New Normal”. In an interview, our expert explains, among other things, which problems but also potentials have arisen for companies as a result of the changes and which questions IT managers should now address.