The fifth Swissman Xtreme Triathlon, once again offered lots of altitude meters, joy and adrenaline. At optimal weather conditions, 233 athletes from 33 nations took on 226 kilometers. The competition was dominated by two Swiss athletes: Alain Friedrich from Lucerne and Tabea Ruegge from Uettlingen (BE) best managed the challenging route and the ideal conditions. Q_PERIOR co-sponsored the event for the fourth time.

This year, too, the SWISSMAN Xtreme Triathlon enjoyed great popularity: 250 athletes were drawn from around 1000 applications – half of the starting places were given to Swiss athletes, the other half to participants from a total of 33 nations. Swissman is a triathlon without official timing; the joint experience and extreme performance being the main focus.

At exactly 5 am in the morning the traditional starting bells were ringing on the Brissago Islands in Ticino. Under a bright blue sky, 233 athletes, cheered on by the ringing of Swiss cow bells, started the 3.8 km long swim to Ascona. From there, the 180 km long cycle route took them through the alpine passes Gotthard, Furka and Grimsel. The last discipline change took place in Brienz. The marathon distance of 42.2 km took the athletes to the Kleine Scheidegg via the Grindelwald – in total, each finisher covered 5500 altitude meters.

The fastest swimmer, Alain Friedrich, who dominated the triathlon from start to finish, completed the route from Brissago to Ascona in under one hour. He finally reached the finish line on the Kleine Scheidegg at 4.57 pm, 52 minutes before the second finisher. Despite his sensational lead, looking back he said: << I constantly had the feeling of being chased>>. Friedrich managed the entire route in 11 hours and 57 minutes. There was a fierce competition for the second place: the Norwegian Trond Atle Smedsrud was overtaken by Gabriel Hopf from Bellmund (BE) on the 180 km long cycle route. Hopf, finally reached the finish line at 5.39 pm, 5 minutes ahead of Smedsrud. At 7.20 pm, Tabea Ruegge from Uetlligen (BE) crossed the finish line on the Kleine Scheidegg as the first woman. The Norwegian Julie Flakne Andresen followed only 14 minutes later. The third woman on the Kleine Scheidegg was Cornelia Käser from Fruttigen (BE). 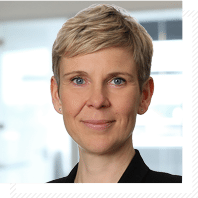